I received a tip off about a listening post in the NLTT 55164 system, it leads to a generation ship in the MU Cassiopeia system orbiting planet C 1.

The ship logs are a bit weird. 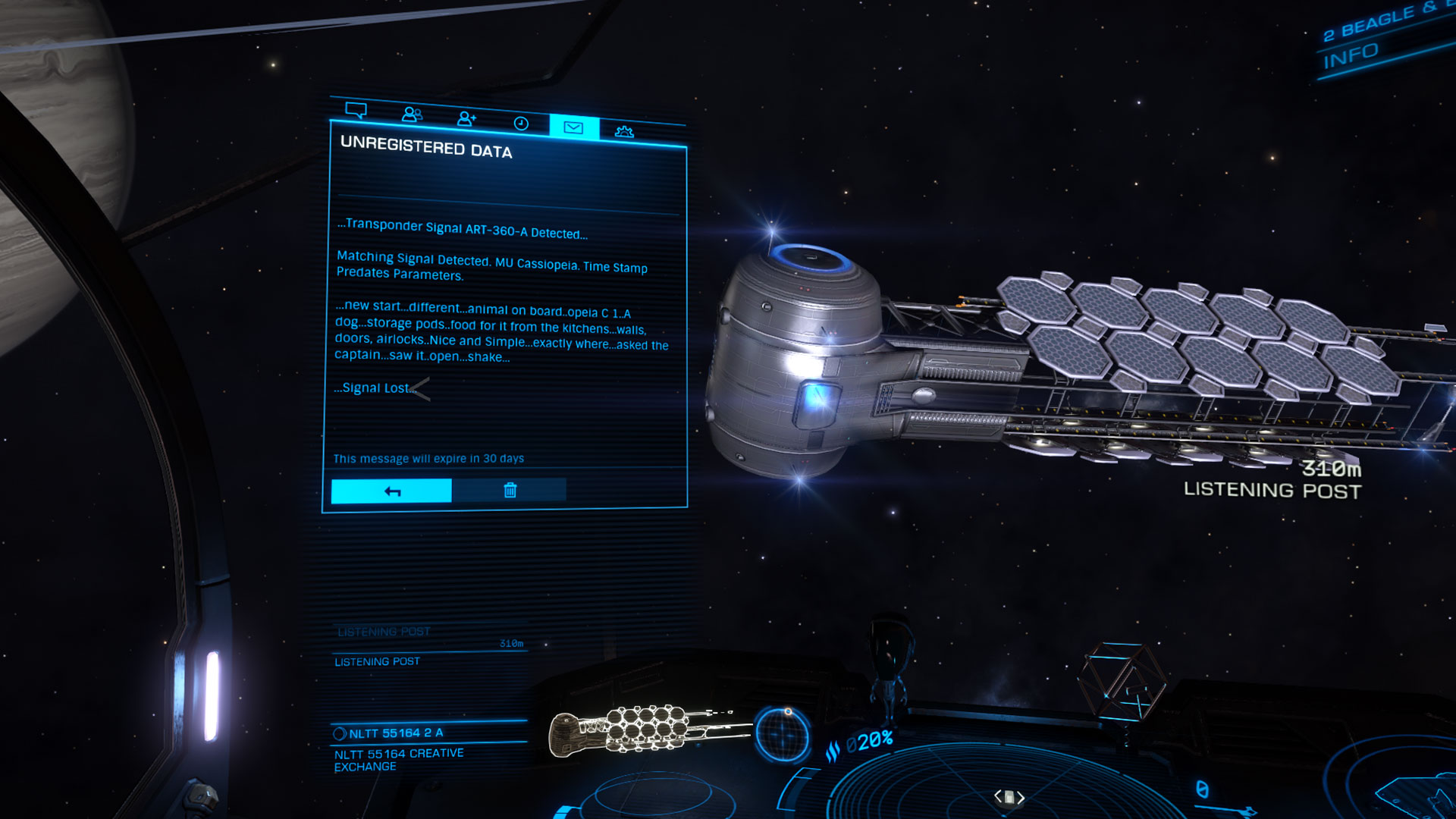 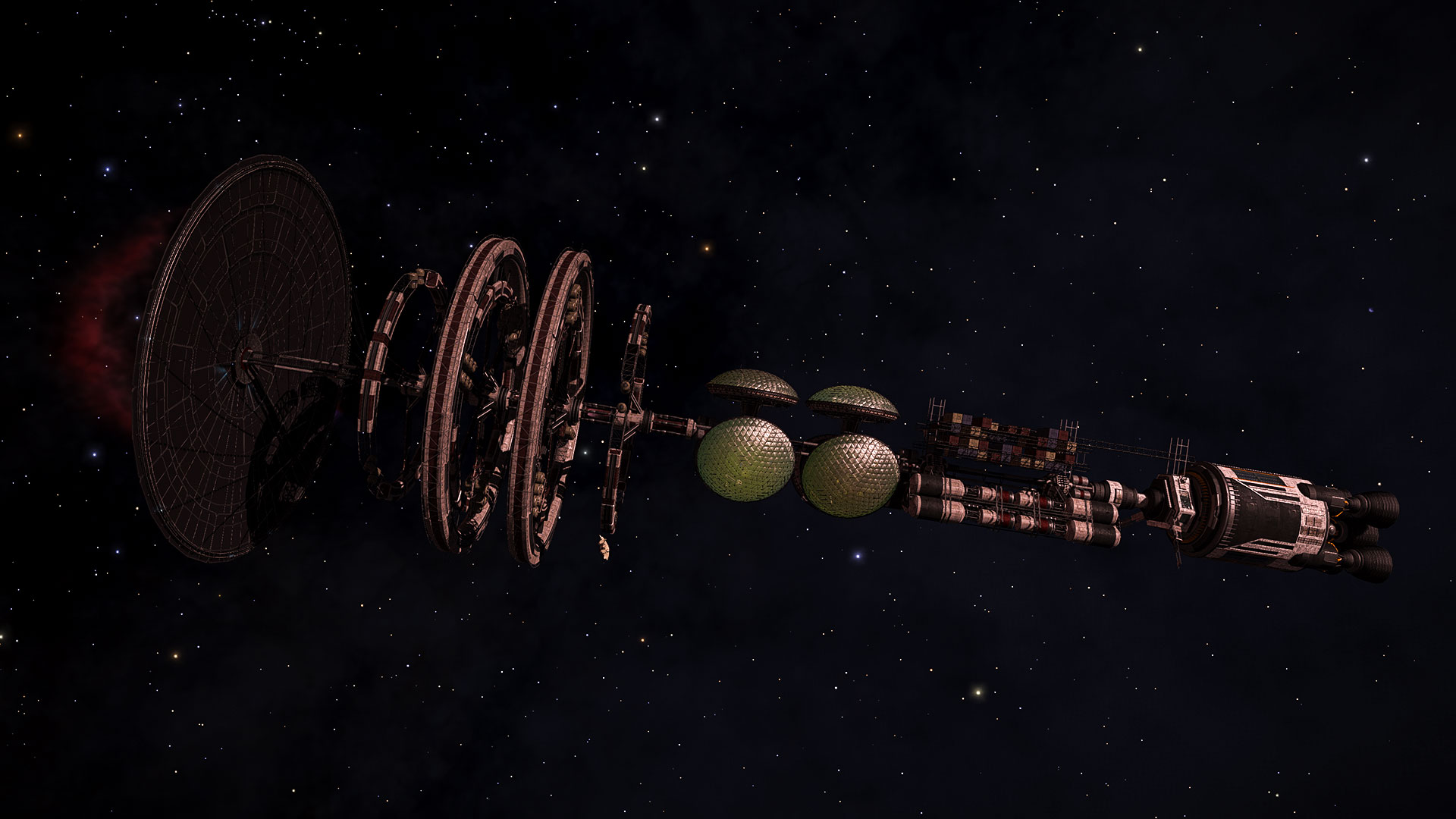 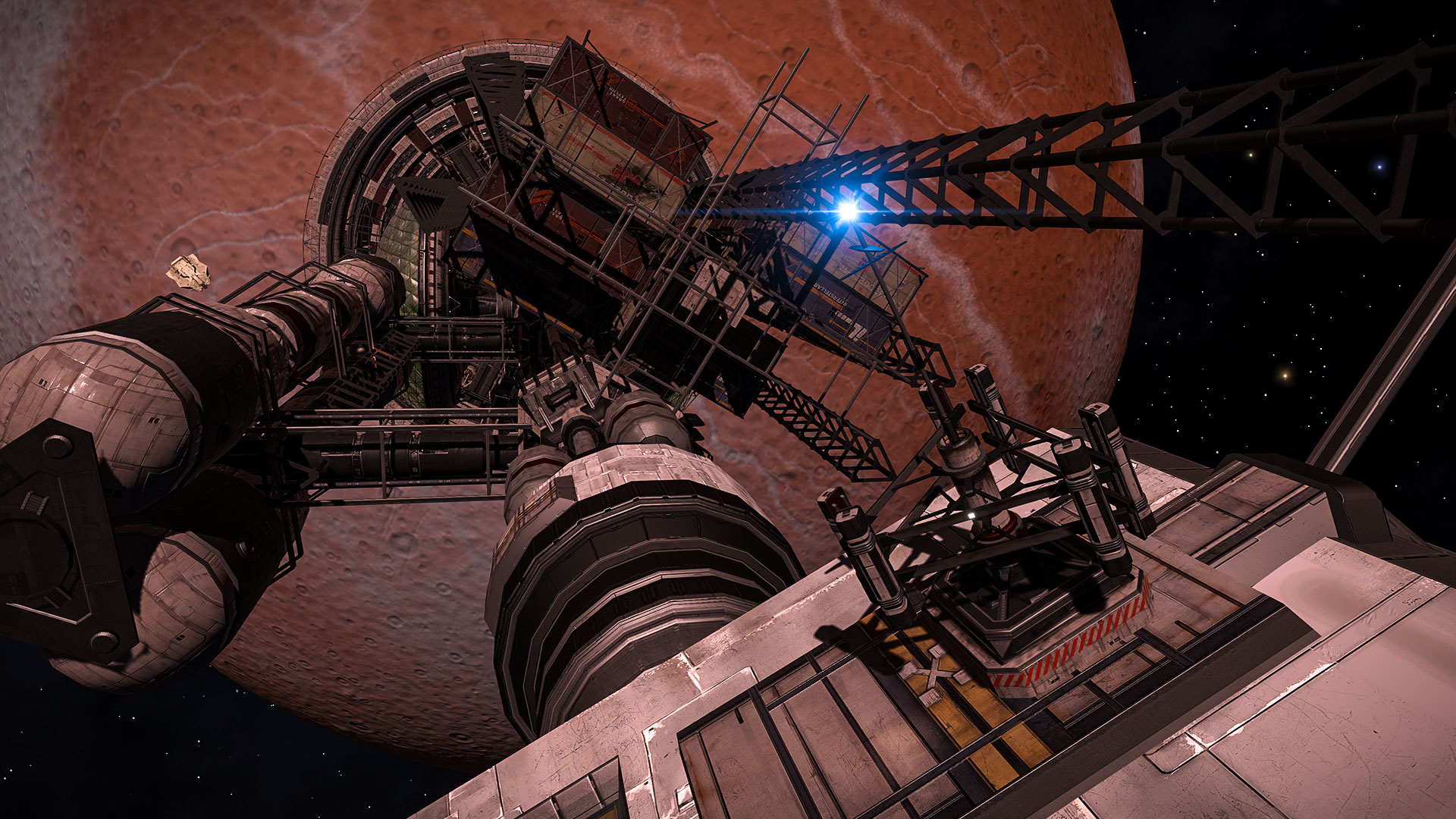 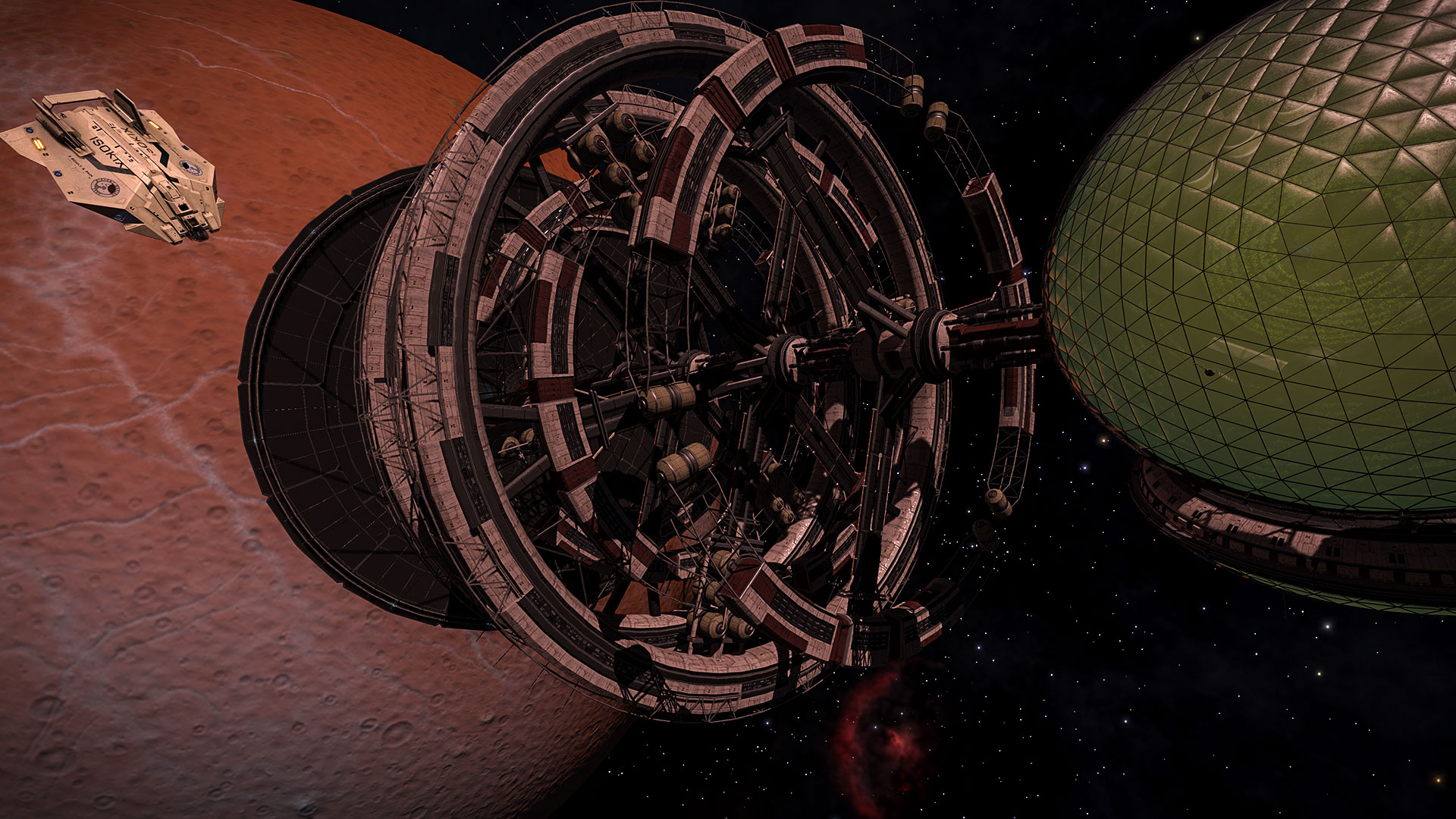 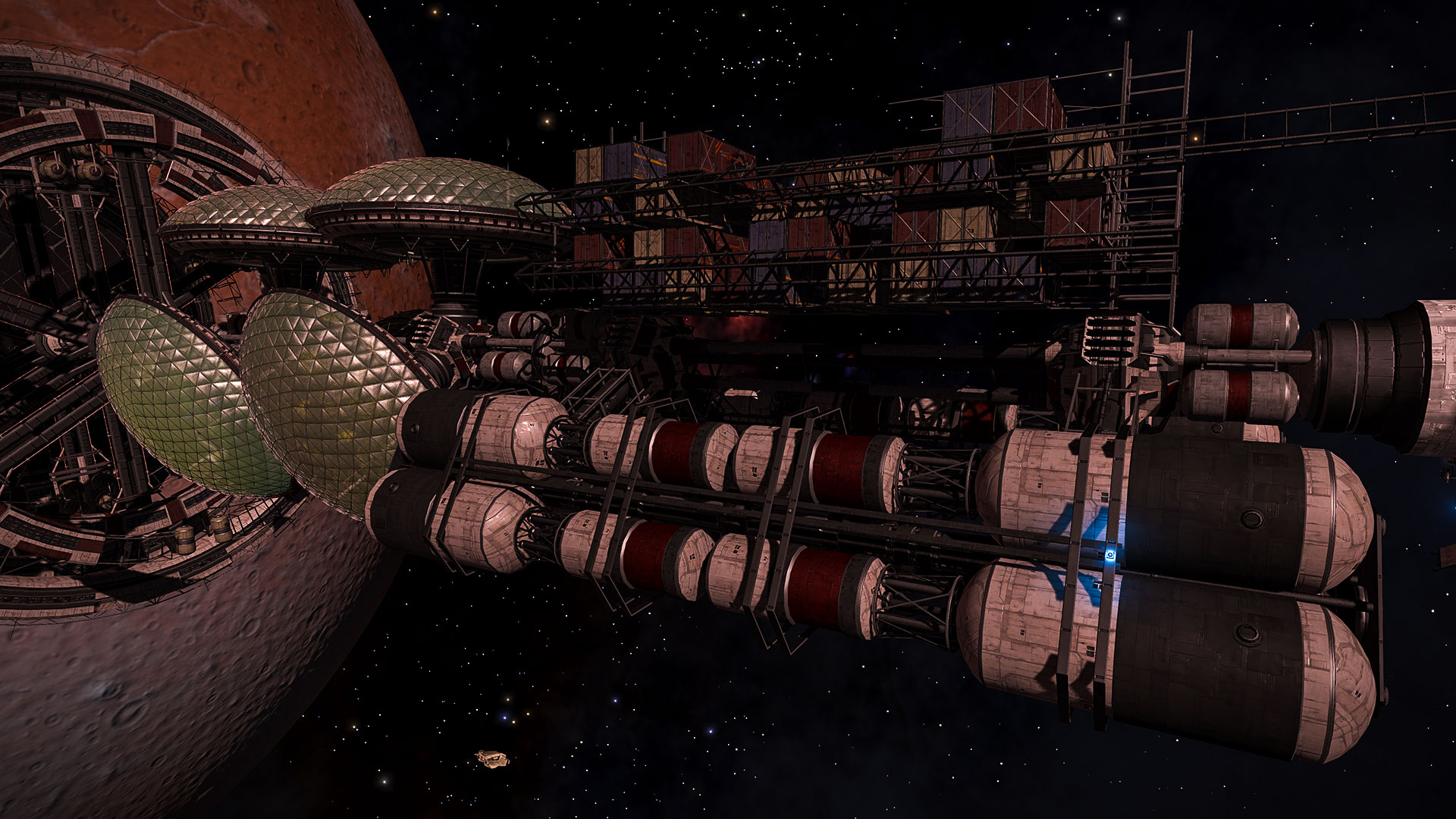 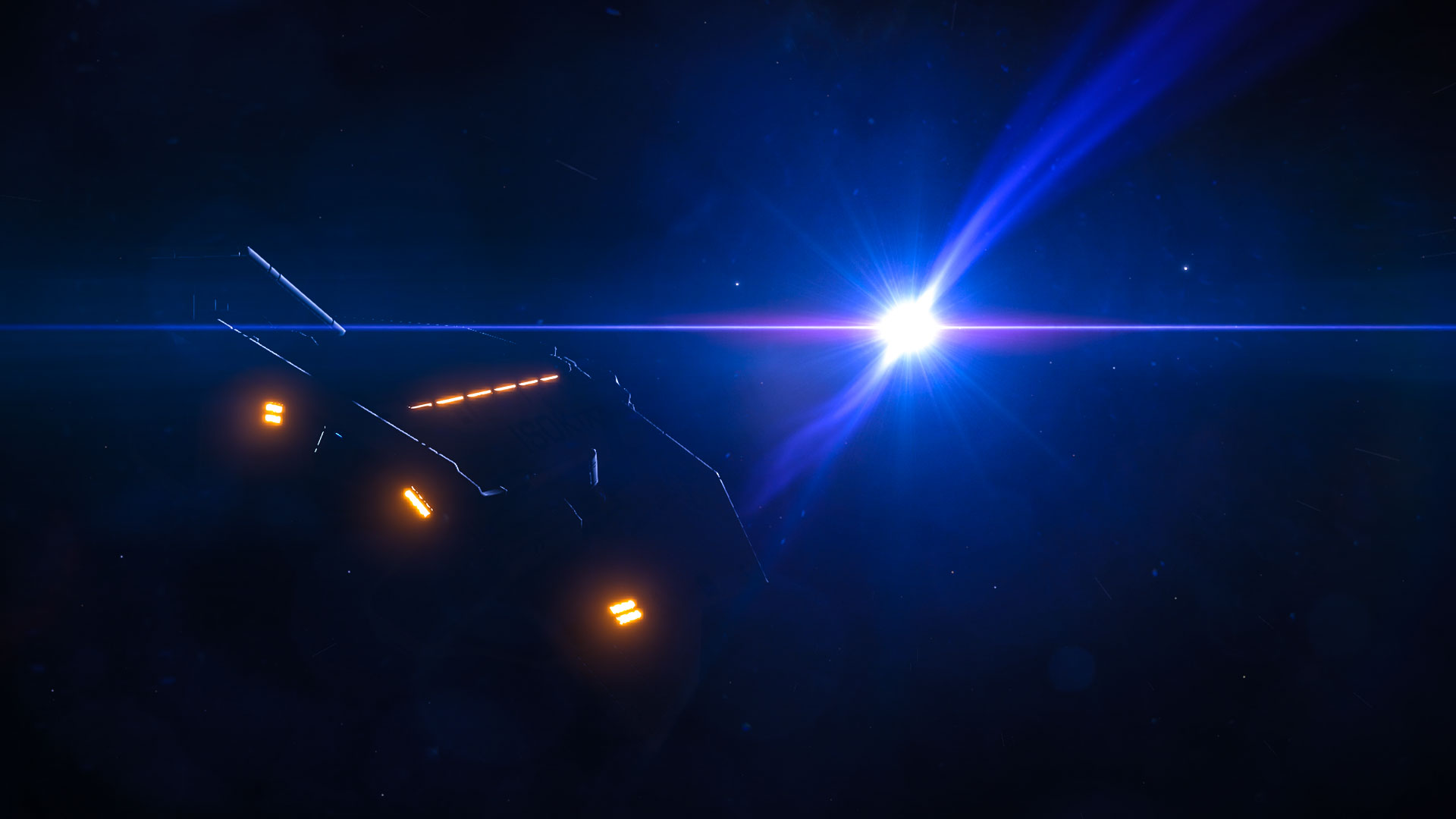 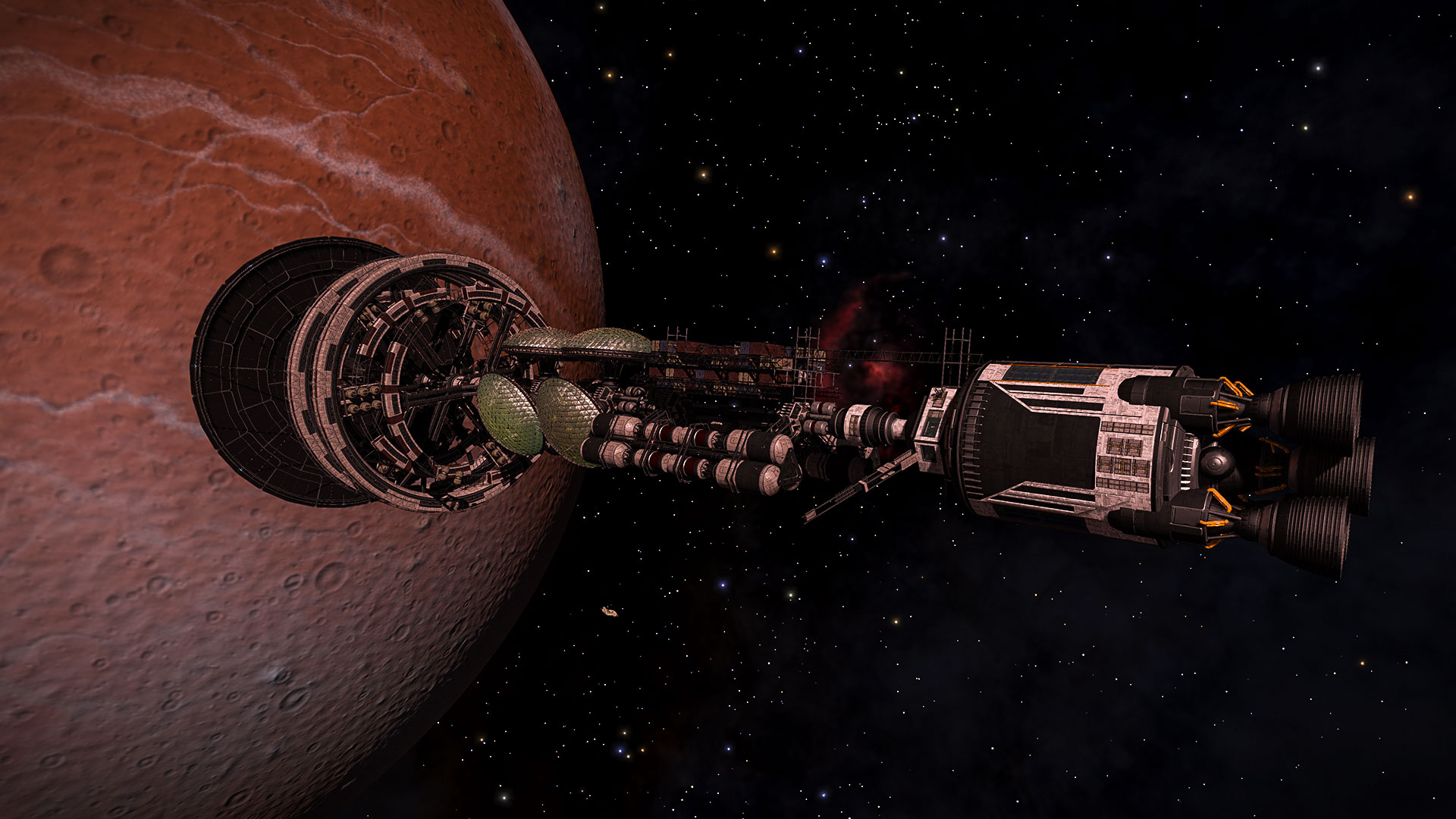 I thought this would be a new start, I thought coming out here things would be different.

But now after this I see that nothing has changed. People lie and other people just pay the cost.

lt seems like someone smuggled an illegal animal on board. A dog. They had been keeping it in one of the storage pods, stealing food for it from one of the kitchens. But it looks like that wasn’t enough.

By what we can piece together the dog got out somehow and killed a bunch of people. I mean a real mess. Bite and claw marks all over the bodies. Bite marks on the walls, on the doors, even on the airlocks.

The only thing is, it was found exactly where they had been keeping it all along, and I mean there wasn’t a drop of blood on this thing. If you ask me, this dog didn’t seem like the killing type. That didn’t stop them from destroying it. I asked the captain to keep the case open, to let me investigate, but no dice. He just saw it as open and shut.

I can’t shake the feeling that there’s something we’re missing here.

What sheep they are, these fools of man. How they prance and bleat, knowing nothing of the true nature of things. Blind sheep following blind shepherds. I have been sent as a wolf amongst this flock to teach them the meaning of their existence. They are nothing, sacks of flesh flung out into the cosmos to spread their seed, uncaring children ejected from an uncaring womb. Spreading like a disease, infecting all they touch. So soon all will bleat as they do. They take only the choicest this flock, cast down those that will not follow their sightless herders to nothing. They prey on the weak for their own gains while they preach about unity and togetherness. They shall be snatched, they shall be scattered, they shall be ravaged.

The shepherds hunt but see nothing. They scuttle and scurry and gather their precious flocks to them. But they cannot protect them.

I have opened so many eyes to the ways of things and still they do not see. I have opened them up to new ways, to see what’s inside. But they refuse to heed the lesson. What arrogance they show, as if this was all made for them. What gives this virus that is mankind the right to infect the cosmos?

The sheep lay out their sacrifices. They think that will sate the wolf’s hunger. They do not see the wolf hunts not for hunger. They are blinded by the lies they tell themselves, the lies that tie the fabric of their tiny little world together. But the cord frays and will snap. The lesson must be repeated…

…until the baying falls silent.