|In Attacked Settlements
|By isokix

It appears to have been attacked by Thargoids. There is a green glow all around settlement, it looks amazing and very eerie. 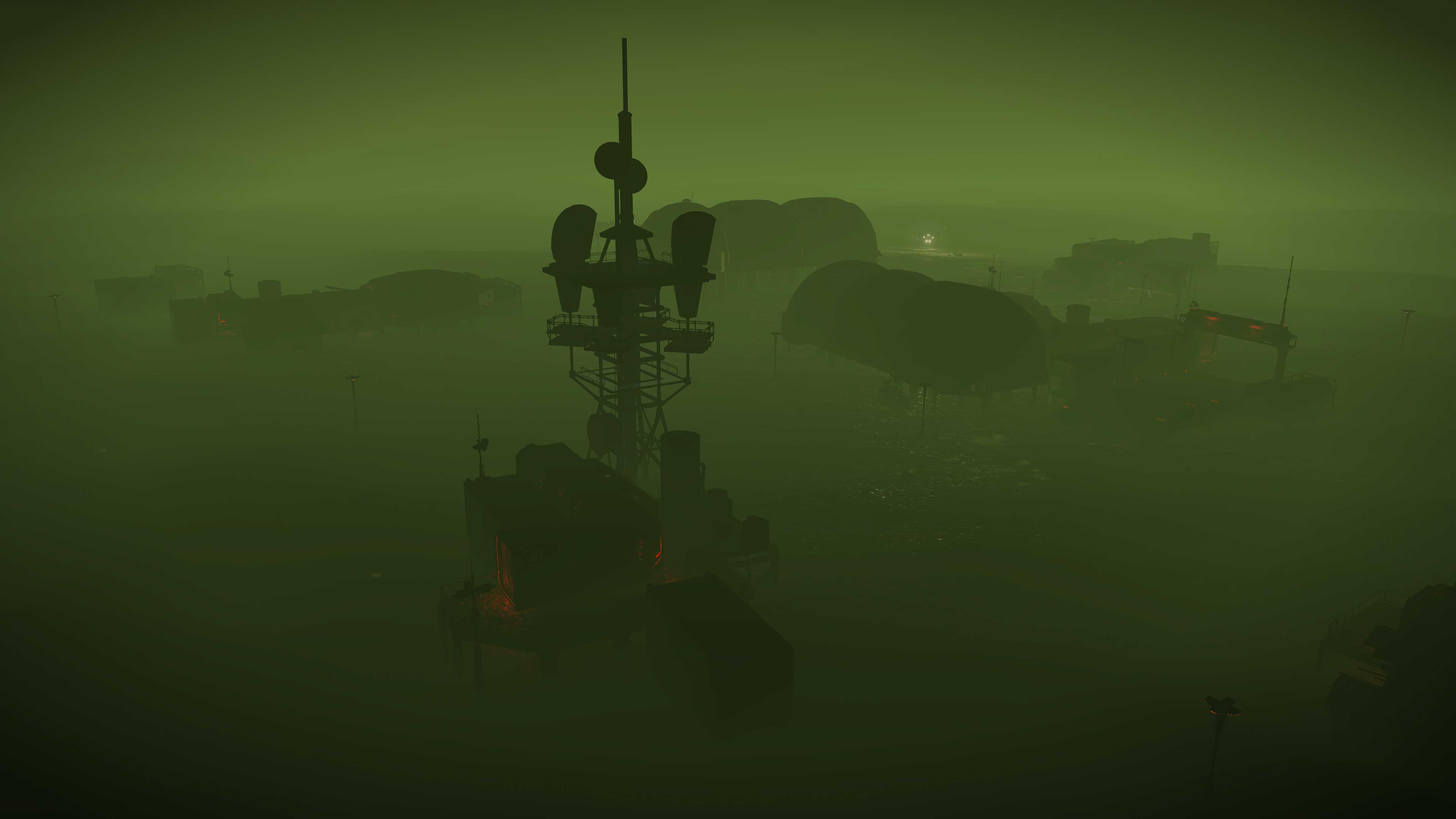 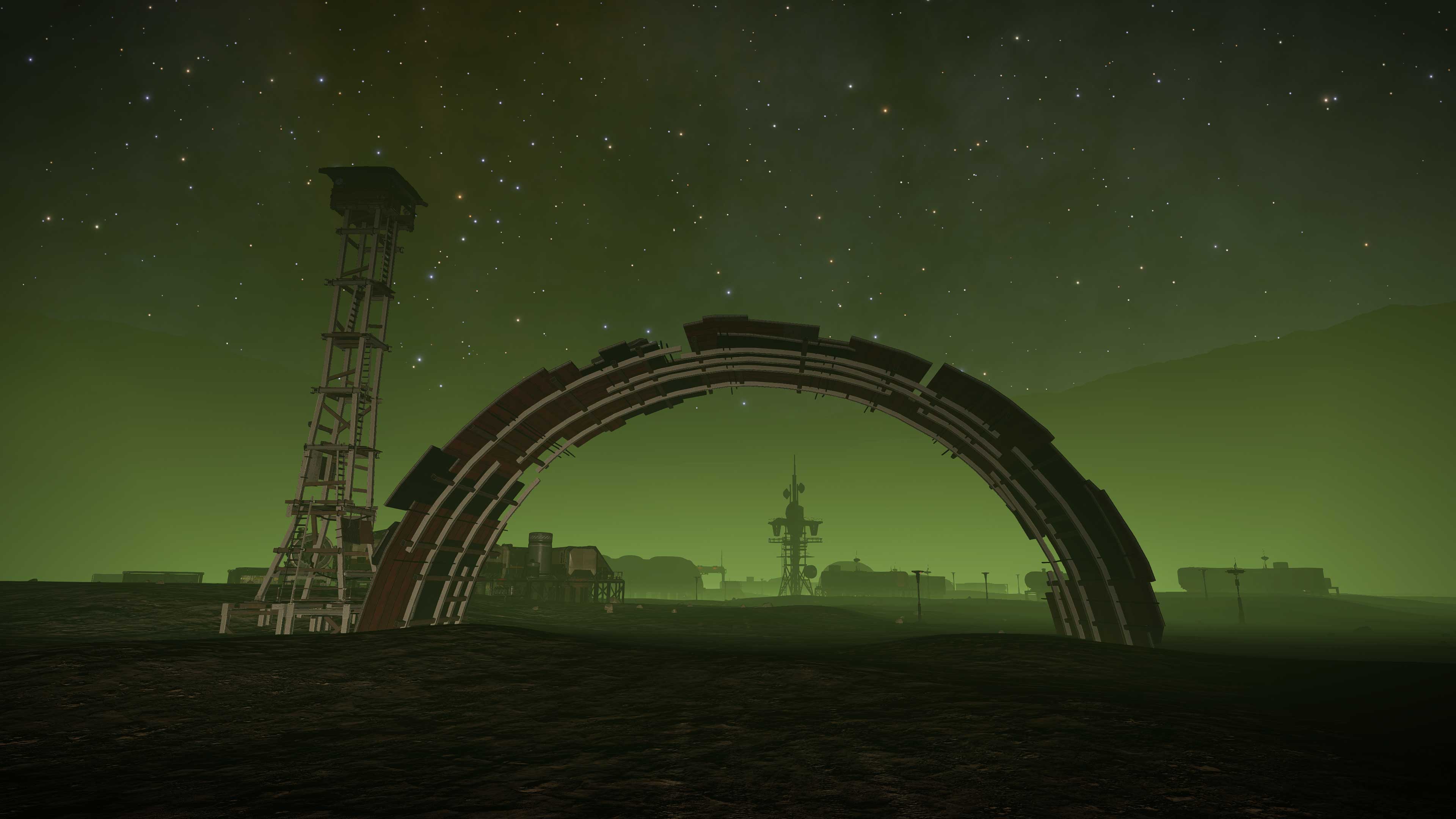 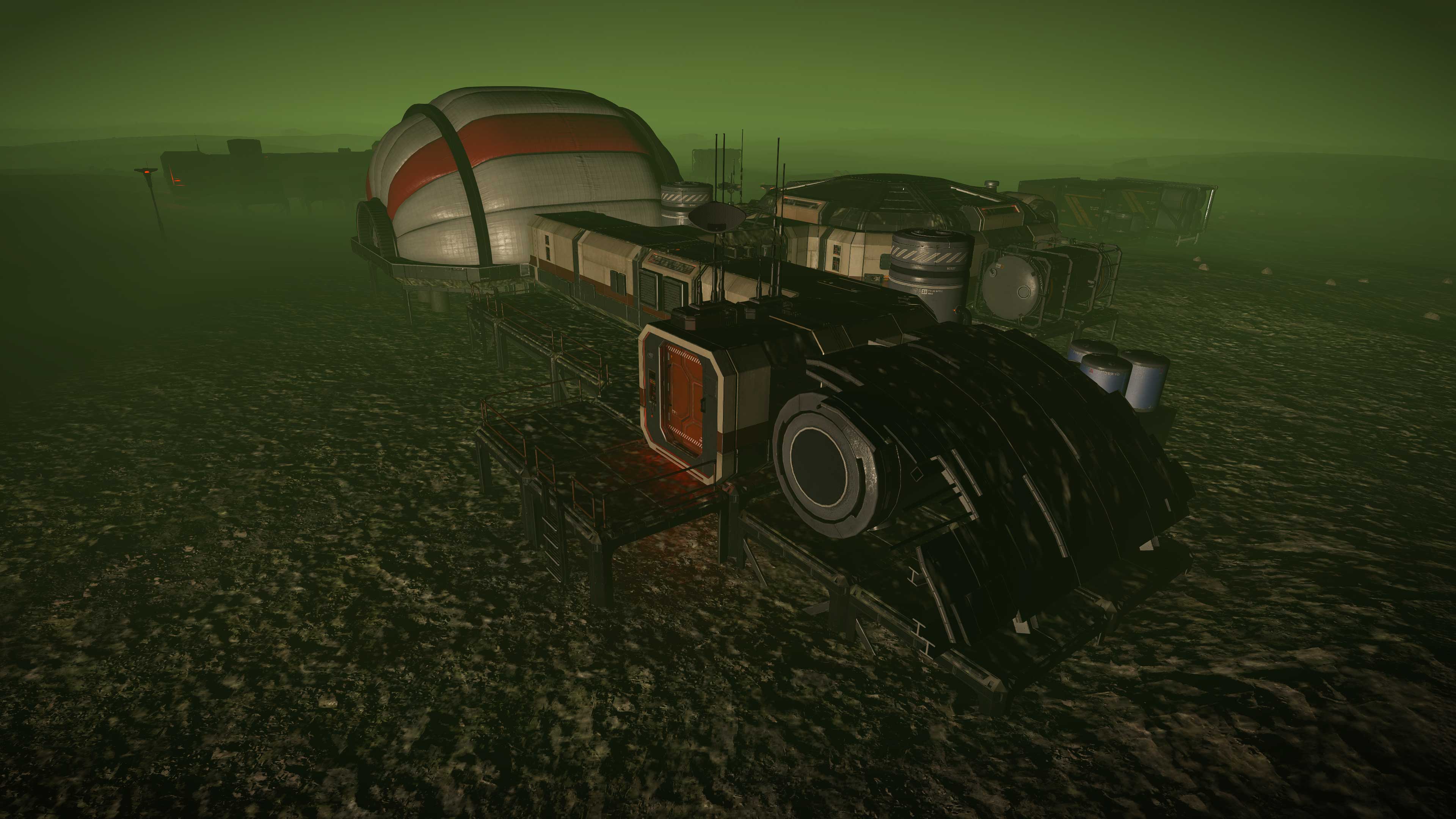 I’ve done it, Jeremiah. Deal of the century! Some scrap hauler came in the other day carrying so much junk in his hold, it looked fit to burst. He was desperate to offload it – something to do with authority vessels and dodging taxes. I can’t even remember, I was too busy thinking about What I could do with all that scrap.

I made ’em an offer, some minuscule sum, thinking he’d haggle. But he said yes! Couldn’t unload it fast enough.

I’ve hit paydirt and no mistake. Once I’ve finished breaking it down I’ll be rich! Then I can finally get off this rock. I might buy one of those exclusive condos on Sol. Get a membership at an elite country club. Oh, the future’s bright!

I found something in the shipment, Jeremiah. I’ve never seen its like before. I was sorting through the scrap when I came across it – a sort of pod—like thing. It’s not made of any metal I’ve seen before. It’s almost…organic.

I tried breaking into it but I don’t have anything in the yard powerful enough. It could be worthless or it could be priceless, but I reckon someone must be willing to pay good money for it. I hope it’s alien – that sort of stuff is always worth a fortune.

My vision still isn’t completely back to normal. It’s my own fault, I suppose. I had a feeling it might be dangerous.

I used an industrial laser on it,just to see what was inside. Stupid, I know. The thing didn’t crack open, but it started to move. It gave off this terrible noise, and then a beam of light shot out of it, straight into the air. Nearly blinded me! The light shone like a beacon for an hour before it went out.

I knew I shouldn’t have messed with that thing. The beacon…it looks like someone saw it. And I don’t think they’re happy We got it in my yard.

The temperature dropped last night. Place is bloody freezing. I checked the regulator but it’s not a mechanical issue — the place is just filled with some kind of chill. I’m looking at the security feed… I think I can see some kinda ship outside. It’s flying around out there. Jeremiah, if you’re hearing this you need to send help. Don’t leave me here to be kidnapped by aliens! Who knows what they’ll do to me? 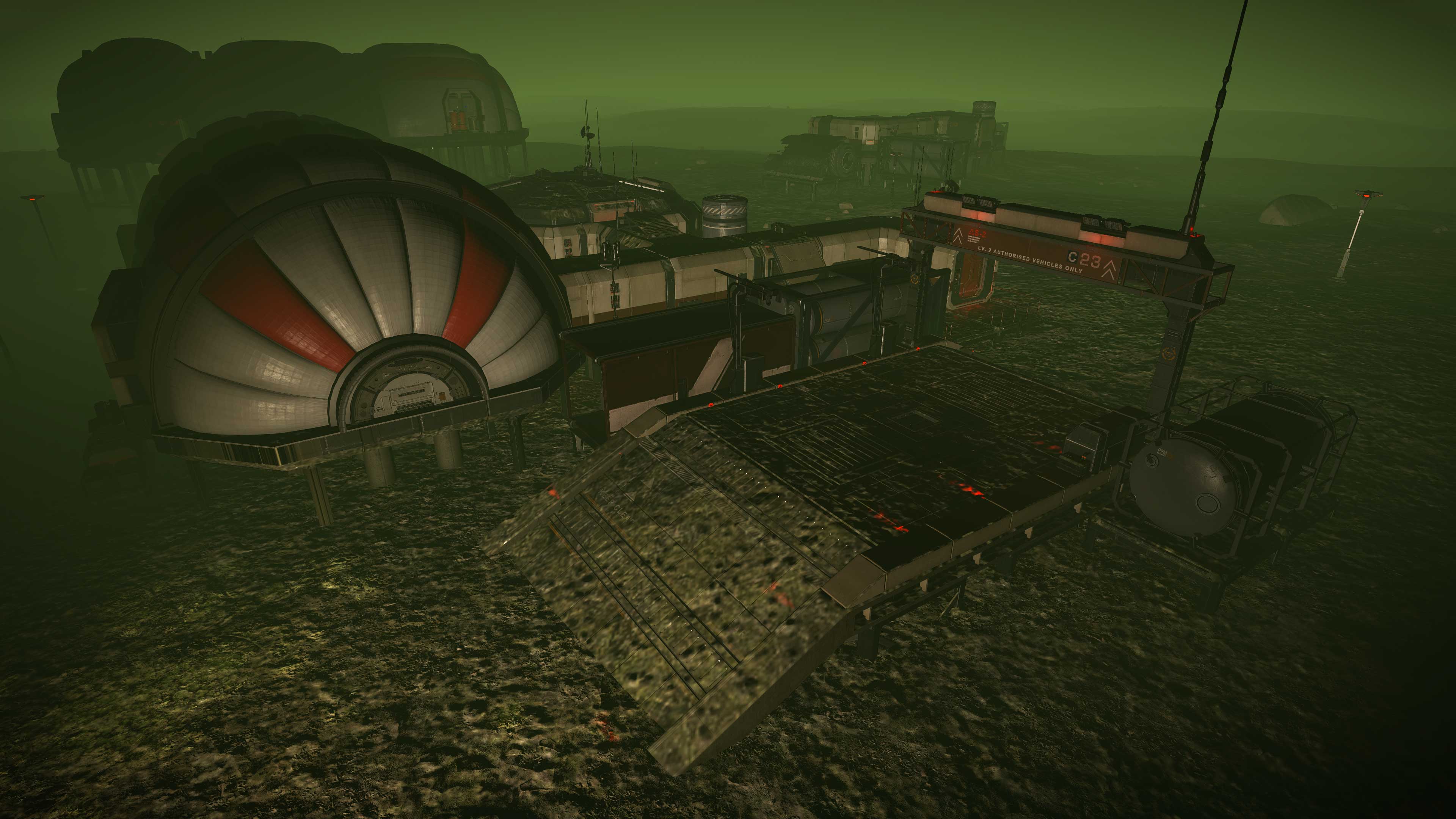 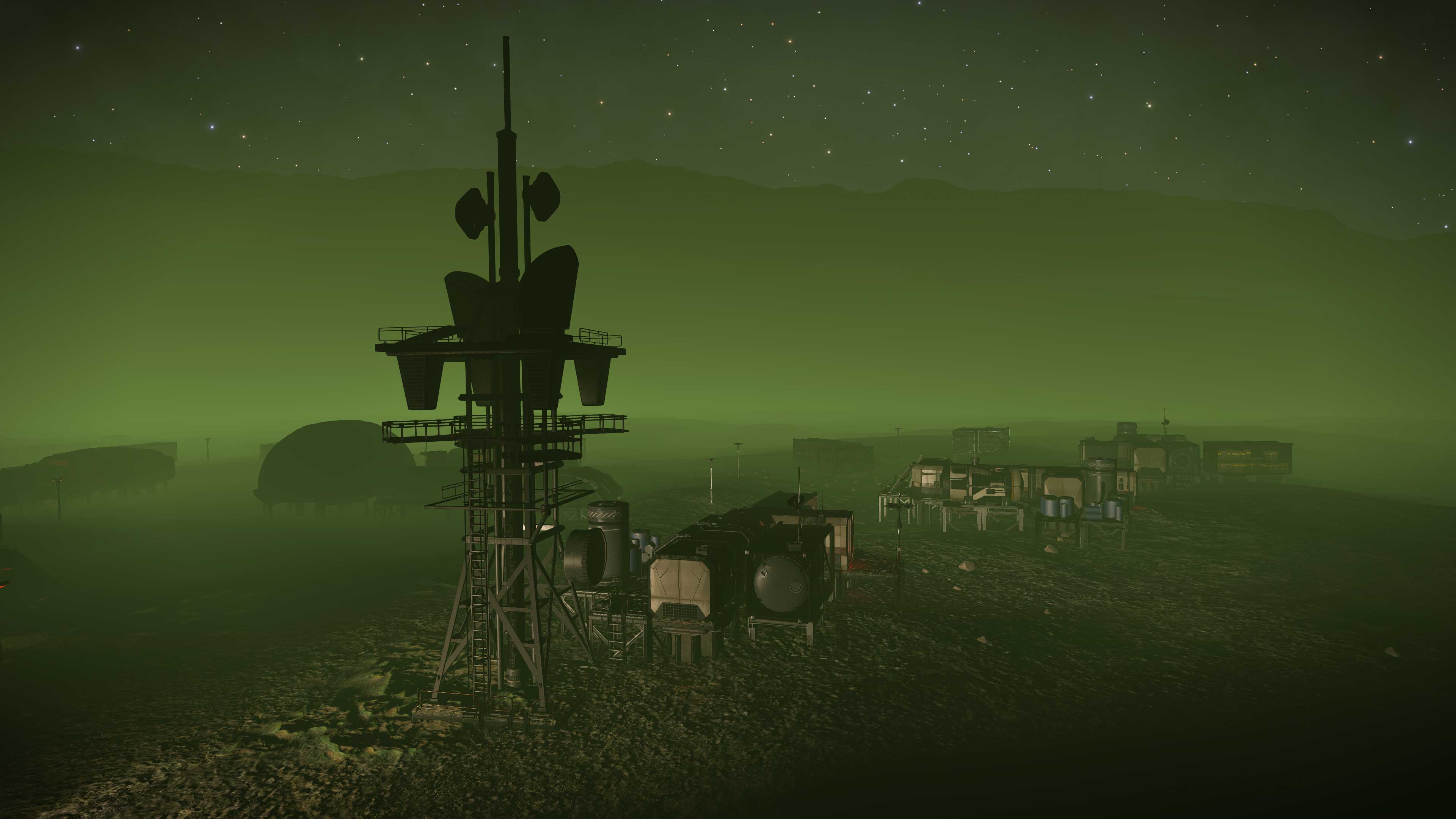